My team is not from Edmonton or play in the EMSA leagues, can we enter?
Yes, of course you can. We welcome any U11 aged teams from anywhere. We are fully sanctioned by Alberta Soccer Association and all our referees are registered officials with Alberta Soccer Association and are mentored by senior referees within our programs. We have had teams come from as far away as Yellowknife, Calgary, Red Deer, Lethbridge, Airdrie, Cochrane, Fort McMurray, Breton, Beaumont, etc. We have many teams that enter our tournament from other local leagues such as EIYSA, SASA (St. Albert), and SPDSA (Sherwood Park) to name a few.

When will the schedules be issued?
The schedules are usually finalized and appear online the latest by Monday night of the week of the tournament. Most years we have them out by the Sunday before the tournament kicks off.

Can you accommodate special schedule requests for our team?
Yes, we do our best to work around schedule requests. Please note them when you register or email us as soon as you know but well before the schedules are finalized. Typical requests include for out of town teams to not have a Friday evening game and some teams have either league play or playoffs in their own leagues on the Saturday. Please try and let us know as soon as you can.

What if I have a mixed team of both boys and girls?
Your team would then be placed in the boys group but we would have them play in a lower tier.

How do you guys do such a great job to make sure teams get tiered and play against teams of equal ability?
We spend quite a bit of time looking at league standings (for the leagues that keep standings) and closely watch the results of previous tournaments. For unknown teams we touch base with their association and even poll coaches from their area (i.e. Sherwood Park we inquire with the coaches and ask them how they rank their team vs. other teams that enter from their association). Seems to be working and by Sunday you end up playing against teams of similar ability and you get a great game! We know because we usually end up with anywhere from 10-20 shootouts on Sunday!

Will there be anything for my team and their family's to do at the soccer grounds before and after games?
As we are still somewhat in the COVID era the tournament committee has decided to play it safe this year and are avoiding creating high traffic areas such as bouncey castles and activities area.  We will however be having a BBQ area and each player will receive a food voucher that entitles them to: Hot Dog or Burger / Chips / Drink.  Teams that medal can come to the Tournament HQ located at a tent just outside the school Mother Mary Margaret High School and we will do a simple medal presentation for each team that medals.

How long has this tournament been around and do you have an Honour Roll from previous tournaments?
The tournament initially started in 2005 as an inhouse tournament for the local community soccer program TRSA for their U8 and U10 teams only. In 2010 the tournament opened up to teams from SW Edmonton with great success and the word was out! In 2011 everyone was welcome and the tournament has grown to become the "go to" tournament in Alberta for U11 teams (previously U10). We no longer host U8 teams as they all attend the equally popular SW Zone Annual U9 Tournament (Previous U8 Tournament) which has about 80 teams attend every year and always sells out early. We do have Honour Rolls dating back to 2011 and they are posted on the More Info and Archives headings on this site. Check it out to see previous teams that have participated.

Can I bring my dog ?

No, dogs are not permitted on the fields by the city and if bylaw is present fines will be handed out.

Please park in the proper spots. Parking enforcement is usually present and do tag and tow! With the new location adjacent the Terwillegar Recreation Centre and Mother Margaret Mary High School there will be ample parking. 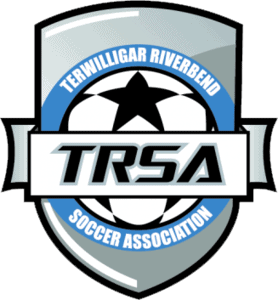